I think this began, in two senses, where many good things begin: in “The Cloud of Unknowing.” First, in college, thanks to Huston Smith, I read the book, and that lead to the Desert Fathers, Chuang Tzu, Julian of Norwich, Dogen, Thomas Merton, Meister Eckhart, Richard Rolle…, all great meditators with inclinations to solitude. That lead to a professorship and later working as an editor at Orbis Books. But through all this reading I often wondered what these contemplatives looked like when they were contemplating: how they sat, where, what their expressions revealed (ecstasy, awe, bewilderment?). And so I entered the second Cloud of Unknowing: I gave up the above-named professions and tried to make images of these figures, but I had no idea what I was doing, had never taken an art course. I made the first few pieces by carving clay with a screwdriver. A Mississippi art dealer and friend of mine, Sessions Hootsell, saw what I had made and, in a Mississippi baritone, cryptically said, “Don’t think about it” (a line that could have come from the Cloud of Unknowing). I’ve never been sure if that was a criticism or encouragement, but I obeyed the baritone. Around this time my wife, Karen, and I were spending time, largely broke, in Mexico, where you often, during a wander, come upon statues of saints in niches on roadways and in markets, turning a stroll into a pilgrimage. That was another nudge. Anyway, I started making more of the pieces and people miraculously bought them, which surprised the hell out of me. Karen then gave up a shop she had and started helping me, guiding the business and (she has superb taste) counseling about finishes, colors, designs. That’s it. On we go, in the Cloud of Unknowing…. 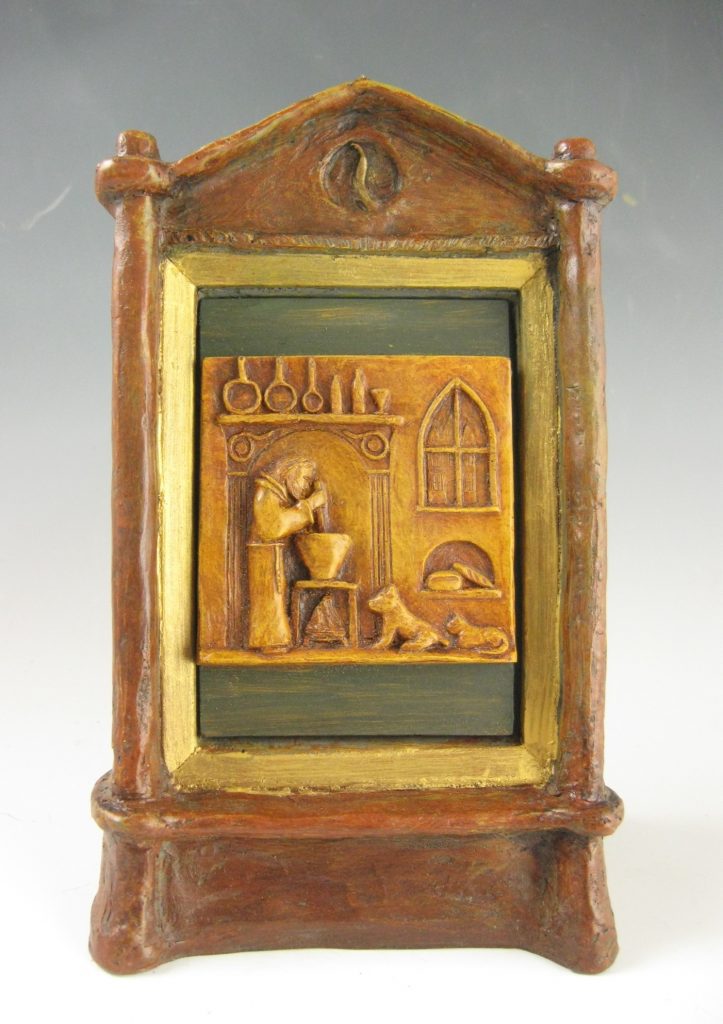