Drew Goss is the artist behind Crescent City Ceramics. Exposed to the vibrant world of modern art at an early age, the bold colors and shapes of the 1950’s and 1960’s play an important role in the creation of his work. While studying for a history degree in college Drew found himself drawn more and more to the artistic side of history and began his creative career at the raku kiln.

Life after college nurtured his creative spirit through the opening of several restaurants where he developed a deep appreciation of food and wine pairing. His creative spirit and his love of sharing food and wine with friends inspires his functional, one of a kind, bowls, plates and trays. Drew creates his work in a small New Orleans studio which he shares with two chickens named Peggy and Linda. 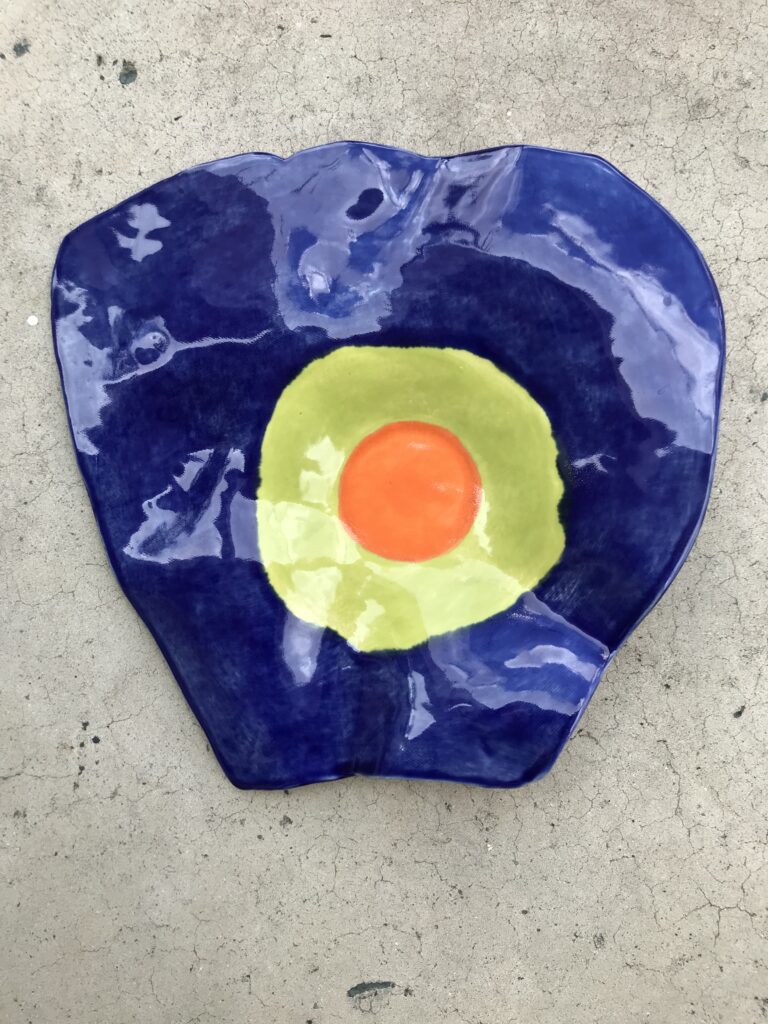