His educational background in the visual and performing arts created a foundation for his love with all forms of glass and its soulmate, light. Stannard’s evolving passion for glass in all its forms has led him on a wonder filled journey of learning, understanding and sharing his manipulating the medium with any who will listen. With the exception of a weekend glass blowing class he took in the late ‘80s, he is self taught.

He has created panels of custom stained glass for an historic property; designed and fused over 100 custom transoms and decorative glass lighting fixtures for a local eatery; his comfort is in kiln-formed pieces; his enjoyment in air mobiles that allow him to toy deeper into dimension and the delicate and intricate sounds with tinkling strips and textured freeform shapes; his challenge in discovering new ways to melt and bend chunks and strips, noodles and stringers, colored with chemically treated mesmerizing coatings that are forever changing in their environment of visual enjoyment.

Doug Stannard is an Army brat and a preacher’s kid. He was born in Maine, but soon after traveled to Army bases in Germany and across the country. He lived in California, Georgia and Florida and after arriving in Louisiana in 1967 he considers Leesville his chosen home. Stannard joined the Guard for a six year stint. He received his MFA in Technical Theatre and a minor in art in 1975 from Northwestern State University and acquired hours toward his PhD from the University of New Orleans. In 1977, he joined the newly formed family business of opening a new radio station in Vernon Parish. He has worked in the broadcast field, and today the family business owns and operates three FM radio stations in West Central Louisiana. 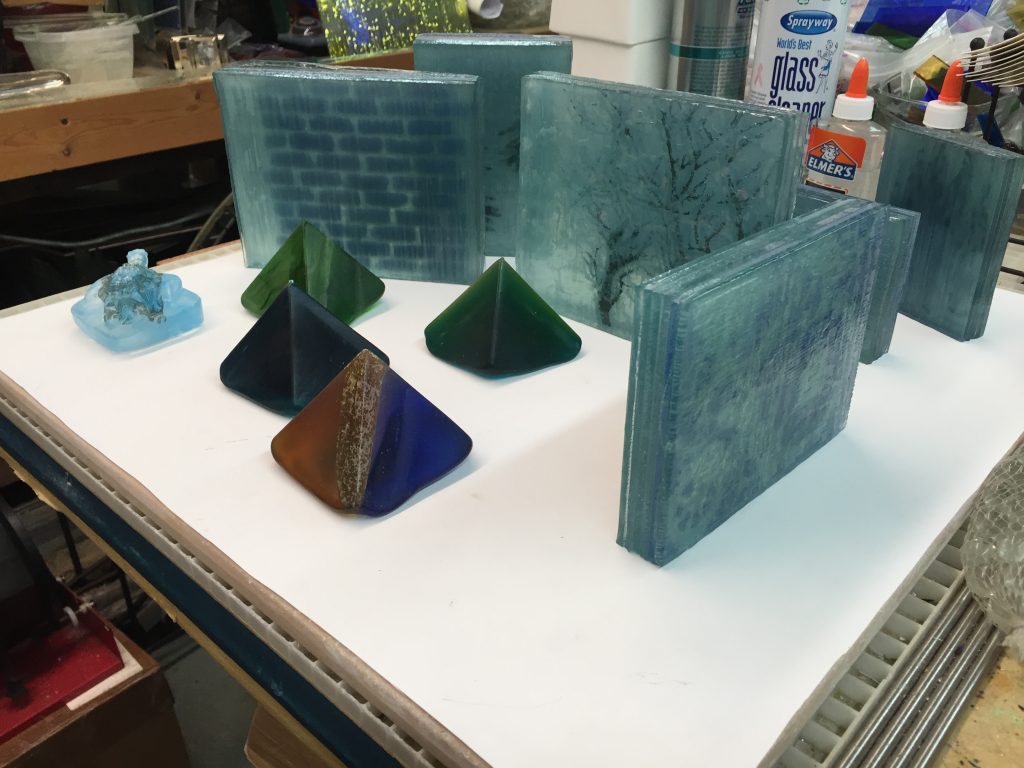