When New Orleans-area artist and craftsman David Bergeron sets out to create a frame, piece of furniture or other work, it’s not just the finished product that’s meaningful to him, but also the origin of its materials. All of Bergeron’s pieces are constructed with locally salvaged lumber— literal pieces of the rich legacy of southeastern Louisiana. So it’s no surprise that Bergeron’s own roots have had such a vital impact on his craft.

Born the son of an iron worker and seamstress in 1972 in Marrero, Louisiana—a suburb of New Orleans—Bergeron was immersed from a very early age not just in creative influences but a spirit of ingenuity. “My grandfather, a self-taught carpenter, gardener and outdoorsman, built the house he later raised his family in as a teenager with little education.”

Bergeron followed his grandfather’s example by forging his own path, combining his love of Old World craftsmanship with a deep desire to make a dent in the waste stream. Influenced by southern folk, outsider and tramp art styles, and seeing a ready supply of materials in overflowing dumpsters of lumber from renovations in and around New Orleans, he created a style that juxtaposes actual pieces of New Orleans history with fresh patterns and design.

In 1999, after some prodding from friends and family, Bergeron began marketing his work, which has since sold in various retail locations, galleries, art shows and festivals. He also has framed countless pieces of folk and outsider art for private collections worldwide. 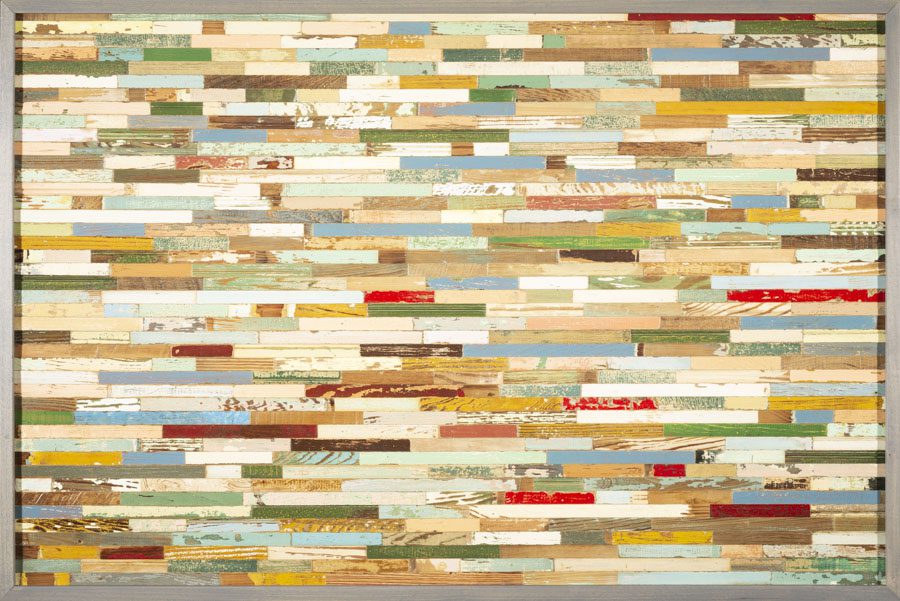